Numbers of local people studying in higher education (HE) institutions in the UK had been increasing gradually but then dipped when higher tuition fees were introduced (see chart below). In academic year 2018/19, there were 6,910 people from the Wakefield district engaged in higher education across the UK. The total includes more women than men – the ratio is around 6:4. Around 70% of the district’s higher education students are aged under 25 years old, and 20% are aged 30 or over.

There are no official annual HE participation rates published for people of all ages, but it is possible to calculate proxy measures. Accordingly, in 2016/17, 3.6% of people from Wakefield were enrolled in Higher Education somewhere in the UK (% calculated using people aged 18-64). Although the national (UK) participation rate is higher, at 4.7%, the gap between Wakefield and the UK rate has been narrowing gradually over the past 12 years.

Pupils from disadvantaged backgrounds are much less likely to enter Higher Education than other pupils, with only 14% of Wakefield's 15 year olds eligible for free school meals (FSM) entering HE by aged 19, compared to 26% across England as a whole (2018/19). There had been some improvement over the past decade (see graph below), but the gap between those eligible for free school meals, and those not, has tended to widen. Across England as a whole the gap has remained constant.

The small-area geography of higher education participation among school leavers can be visualized using the TUNDRA dataset from the Office for Students. TUNDRA (tracking underrepresentation by area) is an area-based measure that uses tracking of state-funded mainstream school pupils in England to calculate young participation. It is an official statistic. The lowest participation rates are in Knottingley, Featherstone, Airedale and Ferry Fryston and many parts of the South East of the district. There are are also low participation rates is parts of the Wakefield city, such as Lupset, and in parts of Normanton. 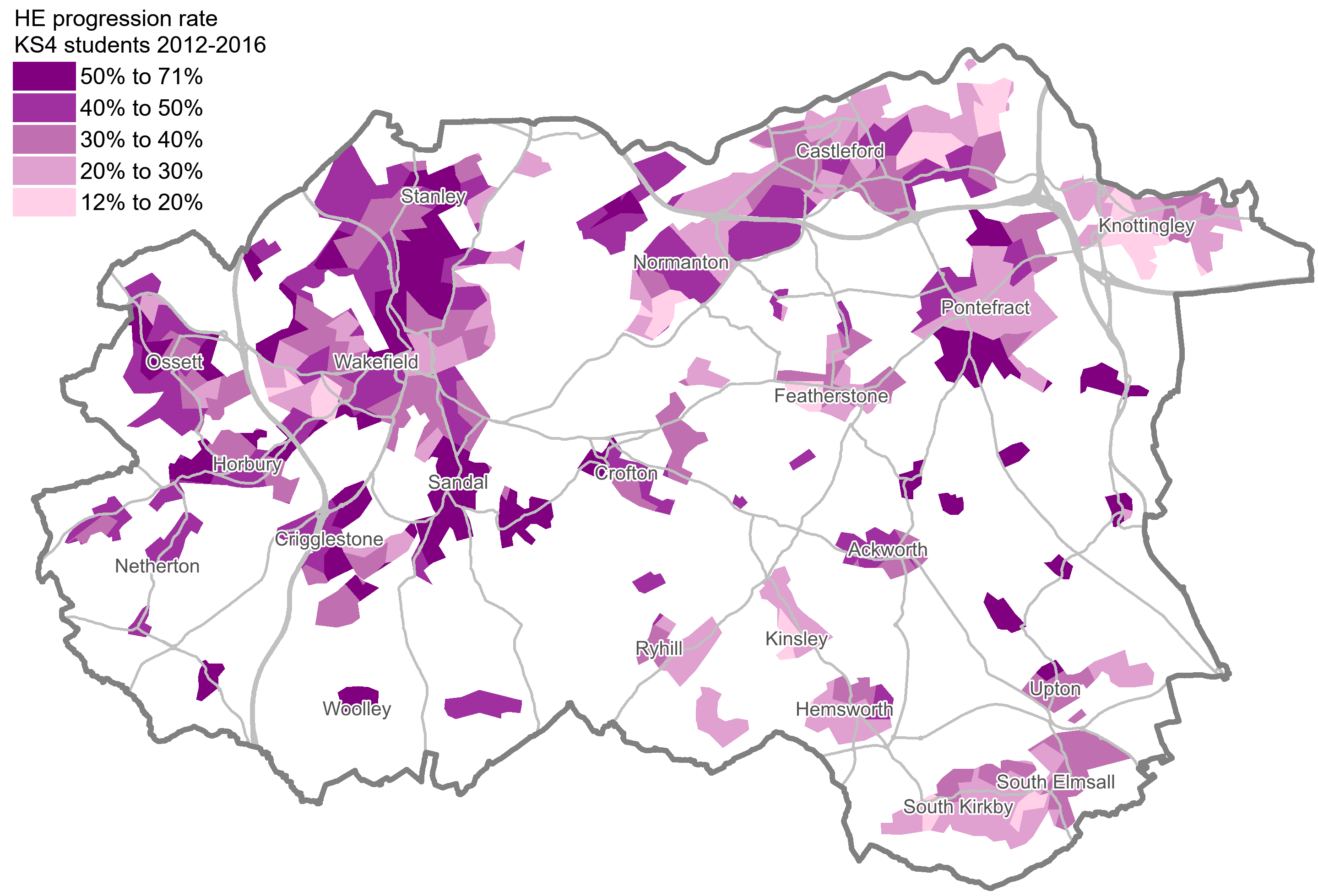