The following definition of domestic abuse is the Cross Party agreed definition, used by many organisations:

Any incident or pattern of incidents of controlling, coercive or threatening behaviour,  violence or abuse between those aged 16 or over who are or have been intimate partners or family members regardless of gender or sexuality. This can encompass, but is not limited to, the following types of abuse:

Controlling behaviour is: a range of acts designed to make a person subordinate and/or dependent by isolating them from sources of support, exploiting their resources and capacities for personal gain, depriving them of the means needed for independence, resistance and escape and regulating their everyday behaviour.

Coercive behaviour is: an act or a pattern of acts of assault, threats, humiliation and intimidation or other abuse that is used to harm, punish, or frighten their victim.

* This definition, which is not a legal definition, includes so called ‘honour’ based violence, female genital mutilation (FGM) and forced marriage, and is clear that victims are not confined to one gender or ethnic group. Home Office March 2013

“Research has shown that children who suffer or witness domestic abuse may be more likely to become drug users, struggle with their education, suffer health issues, become involved in crime, and that they too may have abusive relationships themselves”. 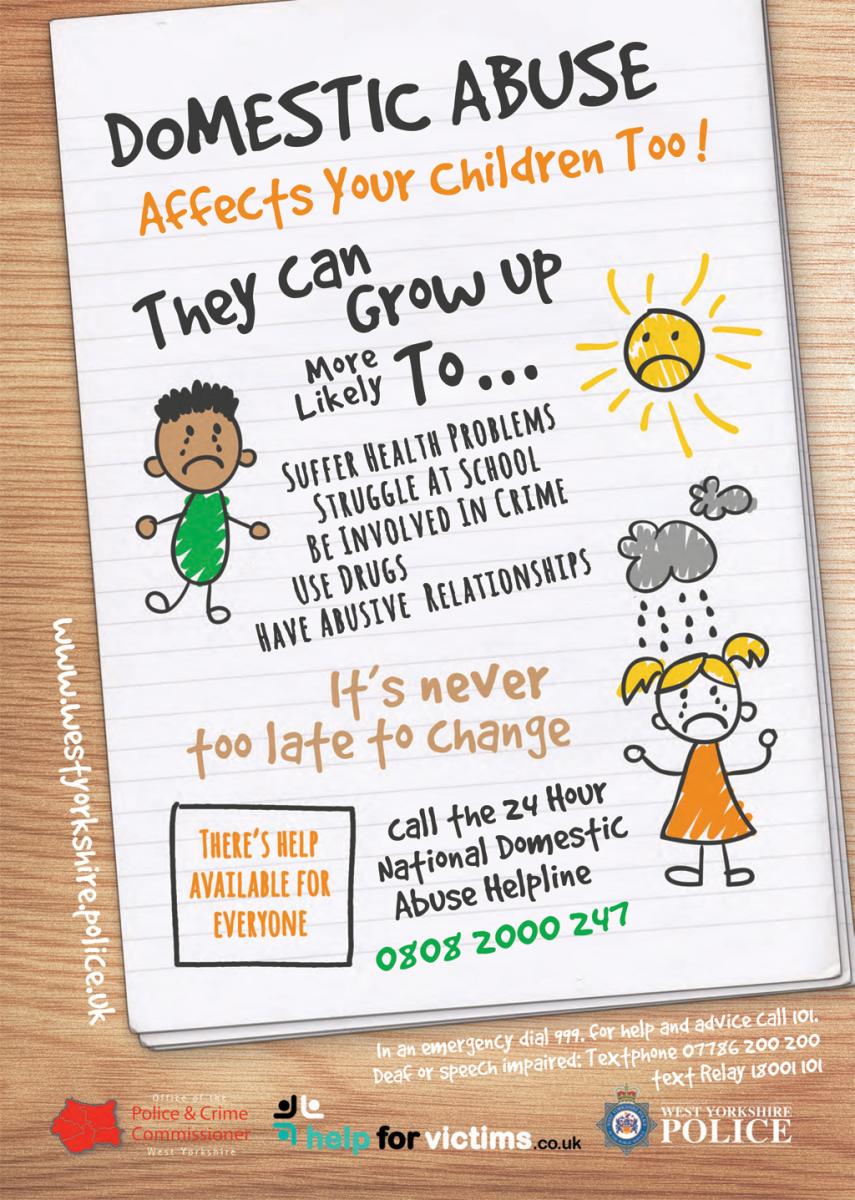 The most prevalent type of domestic abuse occurs in relationships, but the definition of domestic abuse also covers abuse between family members, such as adolescent to parent violence and abuse.  Anyone can be a victim (or an abuser) of domestic violence, regardless of various characteristics comprising of: gender, age, ethnicity, socio-economic status, sexuality or background.

Between April and September 2018, West Yorkshire Police responded to almost 5,000 domestic incidents, 54% of which were violent crime related. The number of reported violent incidents increased by 8.3% compared to the same period in the previous year. West Yorkshire as a whole saw a 6.2% increase in domestic violence reported incidents.

The below table demonstrates the current position in Wakefield in relation to our Yorkshire and Humber neighbours across several of the domestic abuse indicators. The rate for domestic abuse-related incidents and crimes in Wakefield is higher than the England average.

In 2017/18, the rate of domestic abuse-related incidents and crimes recorded by the Police for Wakefield resulted in 29.4 per 1,000 population; which was +4.4 per 1,000 persons, compared with England.
You can click on the “trends” option below to explore the trends in the various measures.