Teenage conceptions usually refers to conceptions to women who are under the age of 18.  Although it can be positive for many young women, teenage pregnancy is often associated with poorer outcomes for both young parents and their children. Research evidence indicates that teenage mothers are less likely to finish their education, have higher risk of poor mental health than older mothers, and are more likely to bring up their children alone and in poverty. Teenage parents are more likely to give birth to children who go on to become teenage parents themselves.

The national under-18 conception rate has dropped by 60% over the last 15 years. Teenage pregnancy is both a public health indicator and a child poverty indicator related to both poor health and social outcomes and increased healthcare costs; mainly due to the fact that abortions represent an avoidable cost to the NHS.

Evidence shows that some groups have particularly high rates of teenage pregnancy, such as women who live in deprived areas and those who have spent time in local authority care. Other factors believed to shape whether or not a teenager is ‘at risk’ of pregnancy include living in poverty, disengagement in schooling and low education attainment.

Within Wakefield there are inequalities on an electoral ward level. The map below shows how the number of deliveries to teenage mothers varies across the district. Pink areas show higher rates, and green areas lower rates. Grey areas indicate that no data is available for that electoral ward. 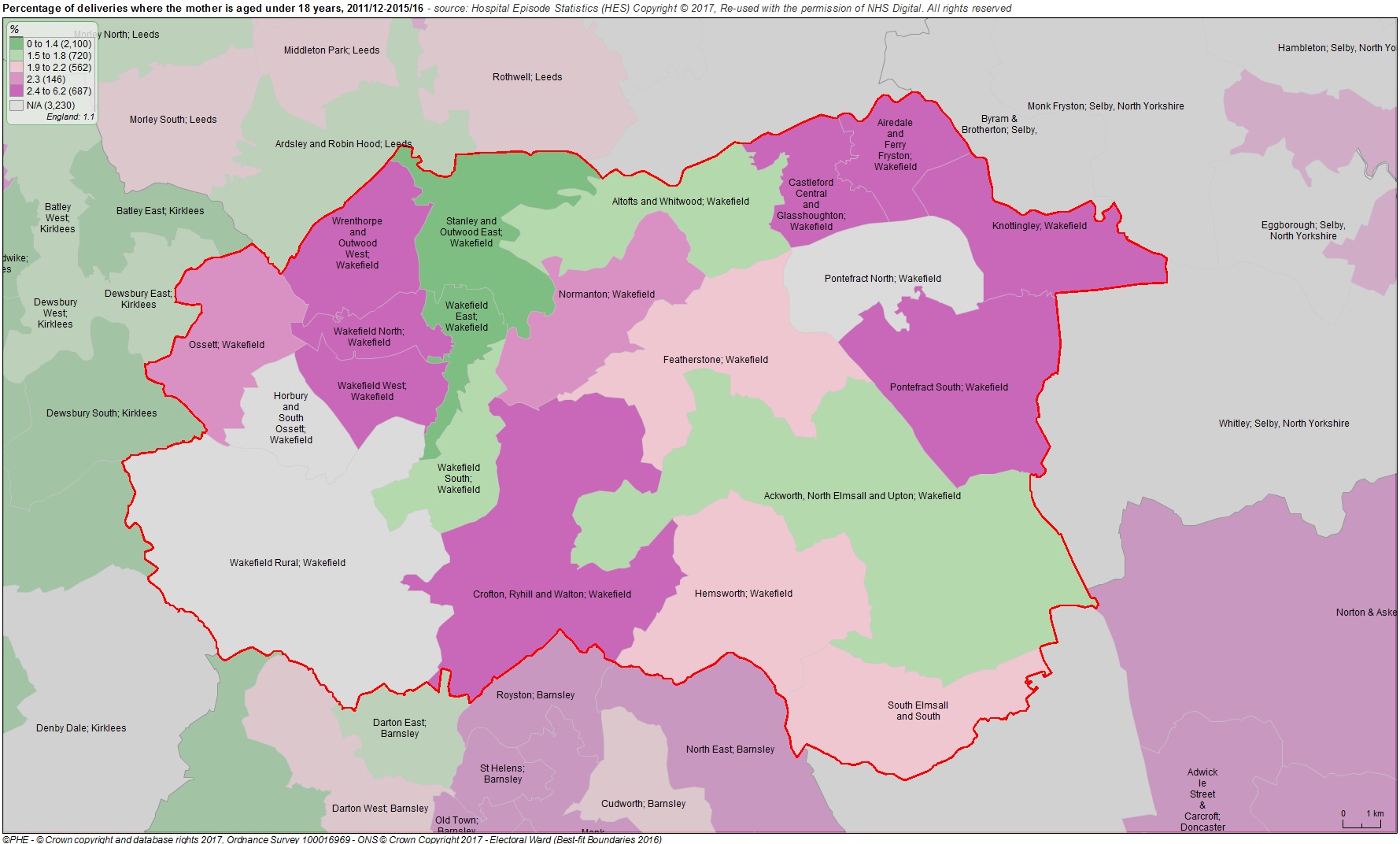 Family Nurse Partnership (FNP) programme supports women aged 19 and under who are expecting their first child. It aims to enable young mums to have a healthy pregnancy, improve their child’s health and development and plan their own futures and achieve their aspirations. Support is offered from early stages of pregnancy all the way through to the child’s second birthday when support is continued from a health visitor

Early Help Hubs – Children and Family services provide intervention and support within Early Help Hubs in Wakefield. Early Help Practitioners within the hubs can refer to other services such as housing support, sexual health and the Families and Babies service.

Sustain Wakefield is a project by Turning Lives Around, an organisation that aims to prevent homelessness through supporting single clients, couples and families across the Wakefield district to keep and maintain their accommodation, access benefits, develop housing management skills and budget better.

Marie Stopes International provide free independent counselling to women in the Wakefield area who are considering terminating a pregnancy or experiencing an unplanned pregnancy. They also provide sexual health advice.