Physical activity levels have been declining in the population. This is partly to do with a shift in the industries people are employed in. Children have become increasingly more sedentary and this pattern has followed in to adulthood. The adult population as a whole is 20% less active than it was during the 1960’s. Based on this rate of change, it is projected that by 2030 the adult population will be 35% less active than the 1960’s. 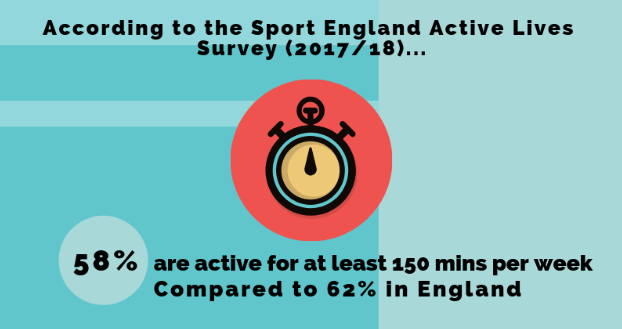 Wakefield (58%) has lower levels of physical activity in adults when compared to both the regional (61%) and the national (62%) averages, suggesting that more needs to be done in order to improve the health and well being of the population by getting them more active.

One of the results of poor physical activity levels is an increase in excess weight. Wakefield has very high levels of excess weight in the adult population, with 7 out of every 10 people carrying excess weight, and this figure has been increasing in recent years.

The amount of physical activity that an individual undertakes can be influenced by many factors, such as service provision, social background and the ability to access services. The Active Lives Survey suggests that males are more likely to be physically active than women and that inactivity increases as people get older. The survey also shows that there are inequalities between the different socio-economic groups, with adults who have routine occupations or are long term unemployed far more likely to be inactive than those from managerial or professional occupations. 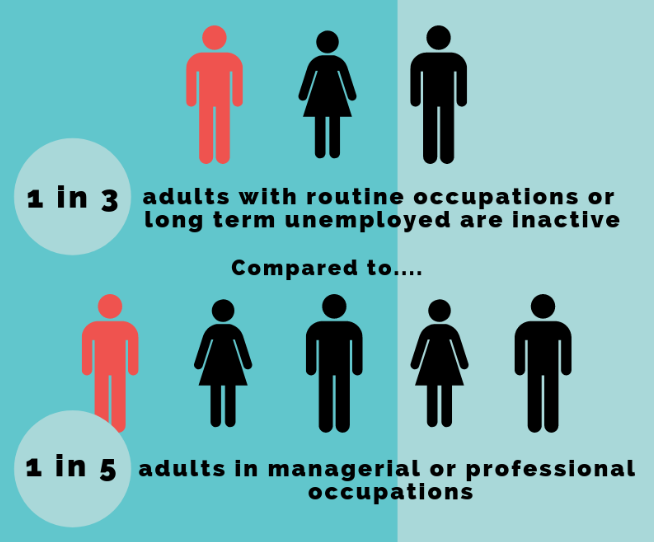 Wakefield Council provides a range of physical activity programmes at it’s Sport and Leisure facilities across the District. You can find more information about them here: Active Wakefield